Therefore, he had to renew all Smoke detector because their systems are smart and can recognize a stranger and when we want to change one smoke detector, we have to change all in the house. 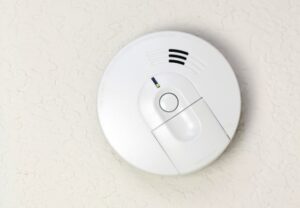 If there have been nationwide polls conducted to determine what drives homeowners the most crazy, I would bet that beeping smoke detectors rank high on that list. 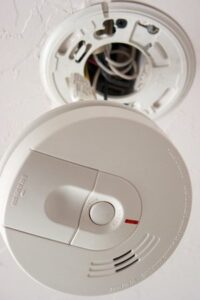 If you’re dealing with a hardwired model, first try the suggestions above, but if the smoke detector continues to beep, then it’s time to visit the electrical panel. Look for a breaker labeled “smoke alarms” or “central alarm.” Toggle the breaker into the off position, wait a couple of minutes, then toggle it again to restore power. If the alarm does not resume its beeping, you’ve most likely solved the problem by resetting the device. To confirm, push and hold (for a few seconds) the test button on the face of the detector. If the alarm sounds a few times and then goes silent, that means it is back to working order. This problem can appear in some old places like surrey and Langley.

Finally, how old is the smoke detector? Most manufacturers design their products to last for about 10 years. After a decade of service, some of the alarm’s components may no longer be functioning properly. The smoke detector itself, and not its battery, may be what need replacement. We have seen this problem in surrey lots.